A state senator is elected from a district that is defined by the state. They represent the will of their district’s constituency in state legislative matters. State senators often receive letters, phone calls and emails from constituents who need assistance with a state agency or who wish to voice opinions on current or existing legislation.

Every state except Nebraska has a bicameral legislature, where the legislature consists of two separate legislative chambers or houses. The smaller chamber is called the Senate, and this is where state senators serve.

In Nebraska, state senators are responsible for drafting, passing and presenting bills to the governor for passage into law. In all other states, senators receive a bill from the state’s House, and they pass or defeat bills that are signed into law by the state’s governor.

The length of terms for state senate representatives differ from state to state, and can range anywhere from two years to four years. Many states also have term limits. These limits keep politicians from staying in office for too long and ensure fresh blood in the legislature.

Each state has its own qualifications to run for state senate. Details of these qualifications can be found in the state’s constitution under the Legislative articles. Local party offices can also provide additional support and election information.

All states require candidates to register with the state, indicating their intention to run for office. Besides filing registration paperwork, petitions and filing fees are also required in order to become a candidate for state legislator.

Some states require potential candidates to file petitions when they file their candidate qualification paperwork. This means that the person must collect certain numbers of signatures in order to be eligible. The specific rules of these petition requirements vary from state to state. 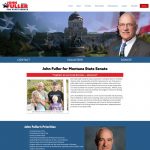 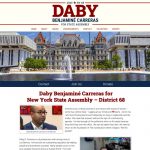 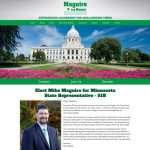