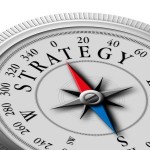 Campaign microsites are used by candidates of all types, Here’s how your state campaign can benefit from them, and a few reasons why you may want to use them.

Just by way of recap, the term microsite is defined on Wikipedia as:

“A microsite is an Internet web design term referring to an individual web page or a small cluster (around 1 to 7) of pages which are meant to function as a discreet entity within an existing website or to complement an offline activity. The microsite’s main landing page most likely has its own domain name or subdomain.… Microsites may be used … as editorial support…”

For a state political candidate, microsites have several advantages.

For SEO and search engine ranking advantages, you can take advantage of the focused content by using topic-specific keywords and key phrases throughout the microsite. Again, if you are doing a microsite about an opponent’s corruption, you can create a separate web page for each corrupt practice.

Just so we weren’t totally misleading about the article headline, here are some reasons and topic ideas for starting a political microsite.

To expose corrupt practices. You can highlight candidate corrupt actions or conflicts of interest that may interest voters. Use featured videos and content to hammer home your points.

Highlight a specific issue. This may be an expansion of an existing campaign issue. With a microsite, you can go into more detail and specifically target support for that issue. It can also be used to fight back against a particular issue that is being pushed by an opponent.

To point out an opponents lack of work ethic.

Donor details. Use a microsite to point out exactly who is donating to your opponent – and why. This is more effective if can tie together legislation and/or conflicts of interest between your opponent and the donor(s).

To set the record straight. Here, the microsite is used to refute false claims against a candidate or to fight back against another mirosite. It can also be used as an ‘attack’ site to lay out facts against an opponent.

To play games. With a large enough budget and a little creativity, you can create an online poking fun at an opponent. Players can try to rack up points by adding up your opponents campaign contributions or trying to choose which positions your opponents have taken on issues. (Surprise! Your opponent has been quoted as taking both sides on every issue!)

Again, a microsite should operate somewhat independently of your primary campaign website. You may want to promote the microsite from your main site or you may want to let it stand alone. Take the time to plot out your goals, come up with a website name, and create the site content before you start.